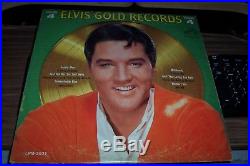 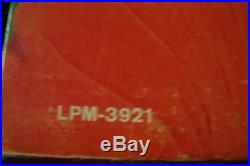 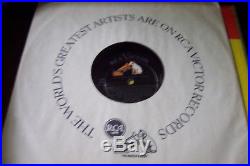 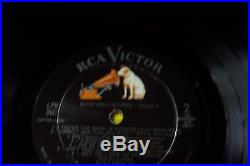 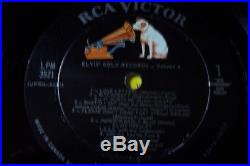 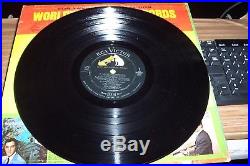 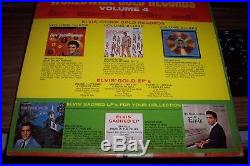 How would you like to own one of Elvis' rarest record albums? Since the early 1960s, RCA Victor Records had released the majority of their LP line in dual formats, monaural and stereo. The monaural releases are denoted with the prefix LPM, while the stereo is denoted by LSP. In 1968, the monaural format was phased out in favor of stereo. The later releases of 1968 were pressed in very limited quantities.

Though it is not known the quantities, it is known that collectors will pay a premium for many of these releases. On such release is the second to the last Elvis Presley album printed in dual formats, the rare monaural pressing of Elvis Gold records Volume 4 with catalog number LPM-3921.

There is a desirable slightly more common Canadian release, with an identical cover to the US release, however with Printed in Canada printed in yellow on the left hand side of the front cover. The record has Long Play on bottom.

Cover has some slight shelf wear, NO split seams, tape, stickers or writing. The item "ELVIS PRESLEY RAREST OF THE RARE ALBUM LPM 3921 ELVIS' GOLD RECORDS VOL. 4 MONO" is in sale since Monday, August 20, 2018. This item is in the category "Music\Records". The seller is "gail--neil" and is located in Trumbull, Connecticut.