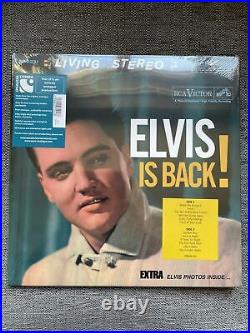 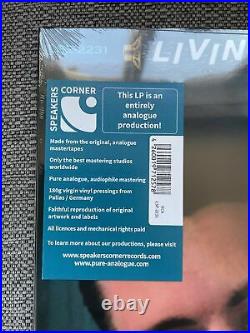 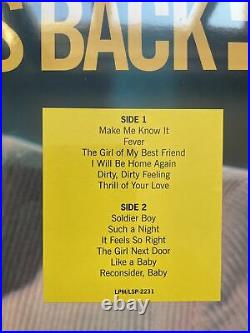 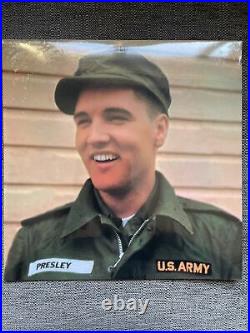 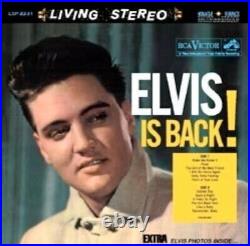 Elvis Presley Elvis Is Back! LP Vinyl Speakers Corner New? During the King's artistically unproductive period of military service, no costs or efforts were spared e.

"A Date With Elvis", RCA LPM-2011, and no consolatory promises of things to come were left unsaid by the management in order to keep Elvis alive and well in the minds of his vast circle of fans. At last the great coup was landed: "Elvis Is Back" was what everyone was waiting to hear and American radio and television broadcasting stations made a gigantic medial feast of it. With the ink scarcely dry on his demobilization papers, Elvis entered the studio in March 1960 and recorded a whole series of numbers which later became worldwide hits, such as "Are You Lonesome Tonight" and "It's Now Or Never". Released as singles, these tender ballads created a sensation, while the LP with numbers such as "Dirty, Dirty Feeling", "Like A Baby" and "The Thrill Of Your Love" underlined Elvis's enhanced qualities as a rock, blues and gospel singer. That his voice - despite everyone's fears - had lost nothing of its erotic thrill is more than amply demonstrated in his rendering of "Fever" alone, which is accompanied merely by bass and percussion. With its amazing array of varying styles, this must surely be one of Elvis's most genial albums and was unrivaled right up until his great comeback in 1968 ("From Elvis In Memphis", RCA LSP-4155). March 1960 at RCA Studios, Hollywood, CA. And April 1960 in Nashville, TS.

By Bill Porter / Production: Chet Atkins. This Speakers Corner LP was remastered using pure analogue components only, from the master tapes through to the cutting head.

This item is in the category "Music\Vinyl Records". The seller is "master-vinyl-uk" and is located in this country: GB.